Just posted a new song - The Infiltraitor from the upcoming concept album The Orwellian Night.

This song was particularly difficult to finalize. There were a few versions of it and all sounded quite good, but all in all didn't fit the concept of the record.

It finally struck me that the down-tempo portion was the coolest part, so I lengthened it and made it the dominant vibe. It further dilutes and annihilates itself, sonically recombining at the very end with the rage Against the machine style Bass, thick analog synths and solo electric guitar.

In context with the story, it's a little bit like the Matrix. One guy is immune to scans done by the very powerful entity known as "Mr. Corporation". He becomes an Infiltraitor (purposefully misspelled. For those of you aware of George Orwell's doublespeak, this is a blatant example) and uses that power to find his love. They escape the system but are to be continually hunted...

Now this won't make complete sense lyrically till you hear and read the lyrics from the entire album. Speaking of which, getting some unbelievable feedback from previewers and reviewers. It's looking extremely promising.

There is so much going on right now, I'm crazy busy. Part of my new routine will be to keep you updated on what's going on. In a couple weeks there is going to be a CD release party in Vancouver. It's a rare thing to appear in public for TM of late, so if you're in the area and you're interested I'd advise showing up.

So two more weeks to go. After so many years I am quite anxious but excited. I totally believe in this record. It's my masterpiece to date. If you're one of the very few who listened to it as a whole you can attest to that. But the rest of you will hear it soon enough.

Oh and if you haven't already and you're interested in becoming a street team member
sign up on our myspace page (Reverbnation Mailing list section under video). Supply your email and check the box "Join the Street team".

All the best to you and yours, 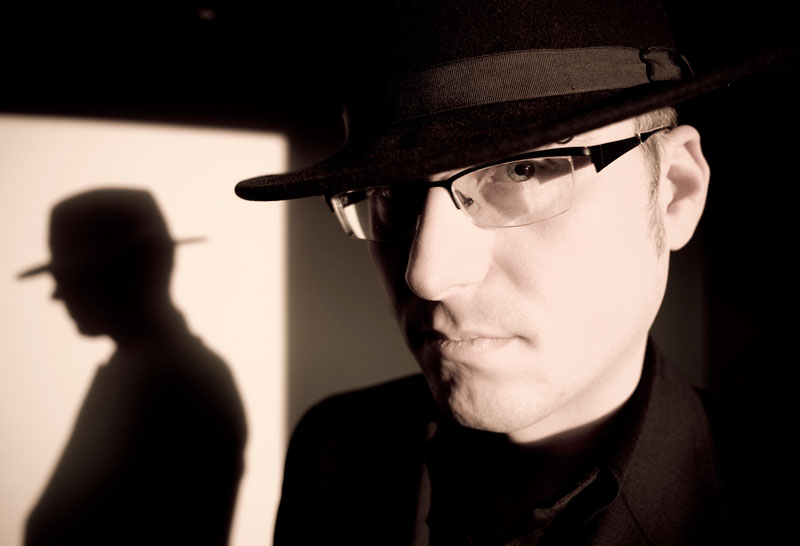 Photo by Darshan Photography
Posted by Sever at 4:10 PM