A Picture is worth a thousand words 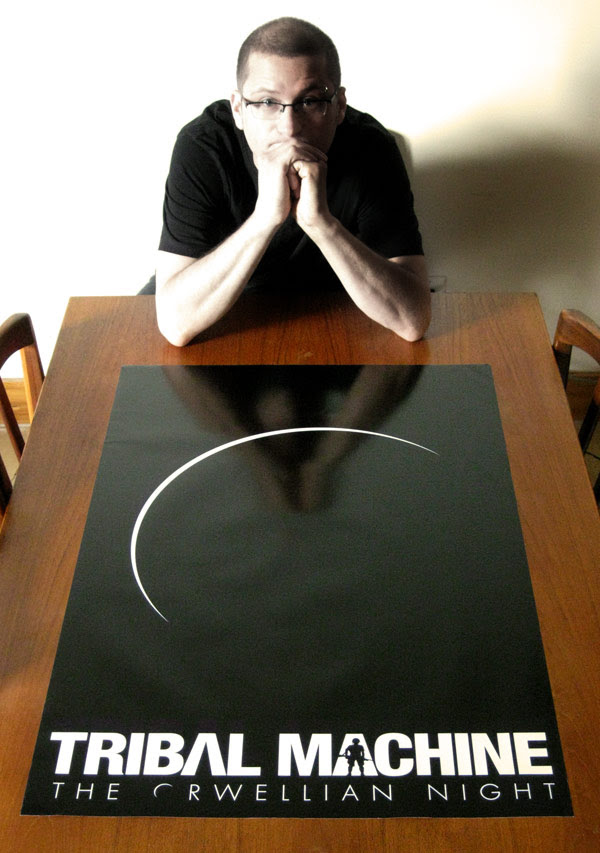 I'd only use two words on this one: "Hell yeah!". I fucking love these posters =P

Hoodies + T-shirts + CD's on their way this week. Dog Tag coming late next week. As you can see, posters have arrived already.

This means I'll finally be able to post an official release date next week + release that video I've been holding for the event. Plus I'll also be able to finally post a lot more tracks and start a rotation, which is something I;ve been dying to do for ages.

It's going to get stormy here =P

I've been workign 11 hours a day on Tribal Machine, four-five days a week. There's a lot that's been happening behind the scenes. I want to start sharing more of it with you guys as it's starting to get interesting. But not just about the band. Other stuff that itnrigues me as well =P

There's going to be an open listening party for "The Orwellian Night" in Vancouver probably late May. It'd be cool to meet some of you in person, so if you're up for the trip I invite you to come down and meet me and the guys. I'll keep you posted on this. If you do want to come be sure you're subscribed in some way (mailing list --> www.tribalmachine.com will do) so I can notify you in case it's not posted here.

I'm in talks to do three tours:

A short West coast tour of the US.

A six week US tour.

Once we get touring, I am thinking that come next year onwards I won't stop. I'm thinking I'd like to tour a lot and often. I'd like to see the world that way, and above all, meet you all in person =)